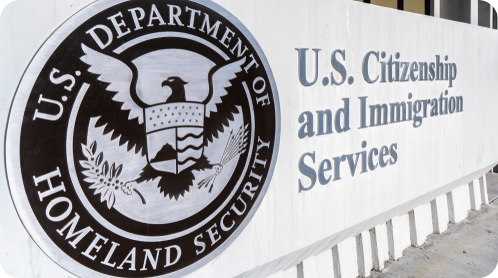 Editor of Green Card By Investment

You have to be registered to leave a comment

EB-5 investments made after the enactment of the Reform and Integrity Act (RIA) are now only required to be sustained “at risk” for two years from the time of investment. Prior to the RIA, investors had to keep their capital sustained until the end of conditional permanent residency. Veteran immigration lawyer Robert Divine sees this as a “momentous change” that will likely avoid redeployment for most investors. However, Divine notes that “it is not clear what starts this two-year clock” and offers three potential options.

When EB-5 was first introduced in the 1990s, the process of filing, adjudication, and receiving a visa might have only taken about a year in total. But as I-526 processing times increased from months to years and as backlogged investors from China had to wait many years for an available visa, the requirement to sustain the investment until the end of the applicant’s residency became “increasingly onerous,” Divine explains.

USCIS had to allow for the reinvestment or “redeployment” of investor capital to accommodate such investors who had not yet finished their two-year term of conditional permanent residency despite having their capital invested for many years.

“The prospect of enduring a series of successive business risks was recognized by many as unfair,” says Divine.

The RIA seems to have corrected this unfair requirement and in doing so, may have — and Divine is not sure if this was a conscious decision — eliminated the “driver of redeployment.” He does acknowledge that theoretically redeployment is still possible if there is an “unexpected liquidation” of EB-5 capital back to the new commercial enterprise (NCE). However, most would assume this to be a rare event.

When does the two-year ‘investment’ clock start ticking?

“It is not clear what starts this two-year clock,” admits Divine, but he offers three possible options:

These different milestones, Divine tells use, “could be some years apart.” So what event should an investor and the NCE count on to decide when the two-year investment period begins and ends?  With immigration benefits at risk, Divine advises to use the latest of the three possible dates until the Immigration Service offers clarity on its interpretation of the new RIA requirement.

The potentially 70,000 pre-RIA EB-5 investors who have not yet reached the end of their conditional permanent residency must still follow the old requirement relating to sustainment of capital. Divine counsels them that, “It is crucial that they remain vigilant to ensure that their NCE does not distribute their capital too early and redeploys the capital (if necessary) in keeping with USCIS policy.”

See Robert Divine’s article “How long must you keep EB-5 capital at risk?”